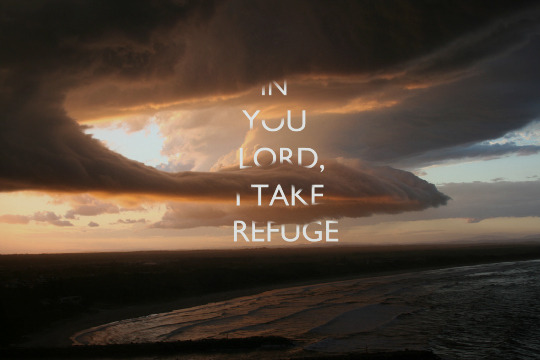 Blessed Are Those Who Take Refuge In Him – Psalm 2

1 Why do the nations protest
and the peoples conspire in vain?
2 Kings on earth rise up
and princes plot together
against the Lord and against His anointed one:
3 “Let us break their shackles
and cast off their chains from us!”
4 The One enthroned in Heaven laughs;
the Lord derides them,
5 Then He speaks to them in His anger,
in His wrath He terrifies them:
6 “I myself have installed My King
on Zion, My holy mountain.”
7 I will proclaim the decree of the Lord,
He said to me, “You are My son;
today I have begotten you.
8 Ask it of Me,
and I will give you the nations as your inheritance,
and, as your possession, the ends of the earth.
9 With an iron rod you will shepherd them,
like a potter’s vessel you will shatter them.”
10 And now, kings, give heed;
take warning, judges on earth.
11 Serve the Lord with fear;
exult with trembling,
Accept correction
lest He become angry and you perish along the way
when His anger suddenly blazes up.
Blessed are all who take refuge in Him!

Psalm 2 is a Messianic psalm (royal psalm), which means to be inspired by hope or the belief in the “coming Messiah” (Jesus Christ). Even after the Davidic dynasty of kings came to an end, the prophets still foretold the coming of this “ideal King” who was promised by God.

To the rebellious kings of that day as well as to the disobedient in authority today (v 1-3), God responds strongly and forcefully (v 4-6). In those days, a speaker proclaimed the divine decree (in the legal sense), making the Israelite king the earthly representative of God (v 7-9) and warned kings to obey the Lord (v 10-11). This psalm has also a messianic meaning for the Church which the New Testament understands as Christ (Acts 4:25-27; 13:33; Heb 1:5).

Verse two states: “Kings on earth rise up and princes plot together against the Lord and against His anointed one.” Kings, priests, and sometimes prophets were anointed with oil and, thereby, consecrated for a special mission from God. Because he was anointed by God, the king of Israel was seen as acting on God’s behalf and, in fact, was therefore the rightful king. Those rulers who opposed him were actually opposing God Himself. Be that as it may, the prophecies throughout the Old Testament still spoke of the coming “anointed one” (messiah in Hebrew or christ in Greek). Jesus verified this final anointing by pointing out that He Himself fulfills all of the prophecies concerning the coming Messiah (Lk 4:16-21).

Verse seven states, “I will proclaim the decree of the Lord. He said to me, ‘You are My son; today I have begotten you.'” In the Old Testament, to be a “son of God” meant to be in God’s favor. It was understood as an adoptive sonship of special intimacy with God and was often applied to kings, angels, and sometimes the people of God as a whole. It is believed by some that even in the Gospels, some of those who called Christ the “Son of God” may have also intended the term in this way. As a Christian, you have the fullness of the understanding of Christ’s unique (divine) identity as the Son of God — fully God and fully man, consubstantial (of the same substance or essence) with God the Father.

As you read over this powerful psalm today, think about how it pertains to our times now. What is God trying to say to us? To you? To world leaders? Think about the psalmist’s warnings and exhortations — “Serve the Lord with fear; exult with trembling” (v 11). As you prayerfully reflect on the greatness of our Lord and His Word, reflect also on the final verse of Psalm 2: Blessed are all who take refuge in Him. Amen!

For Additional powerful Psalms and Bible Verses for every need in life, CLICK HERE