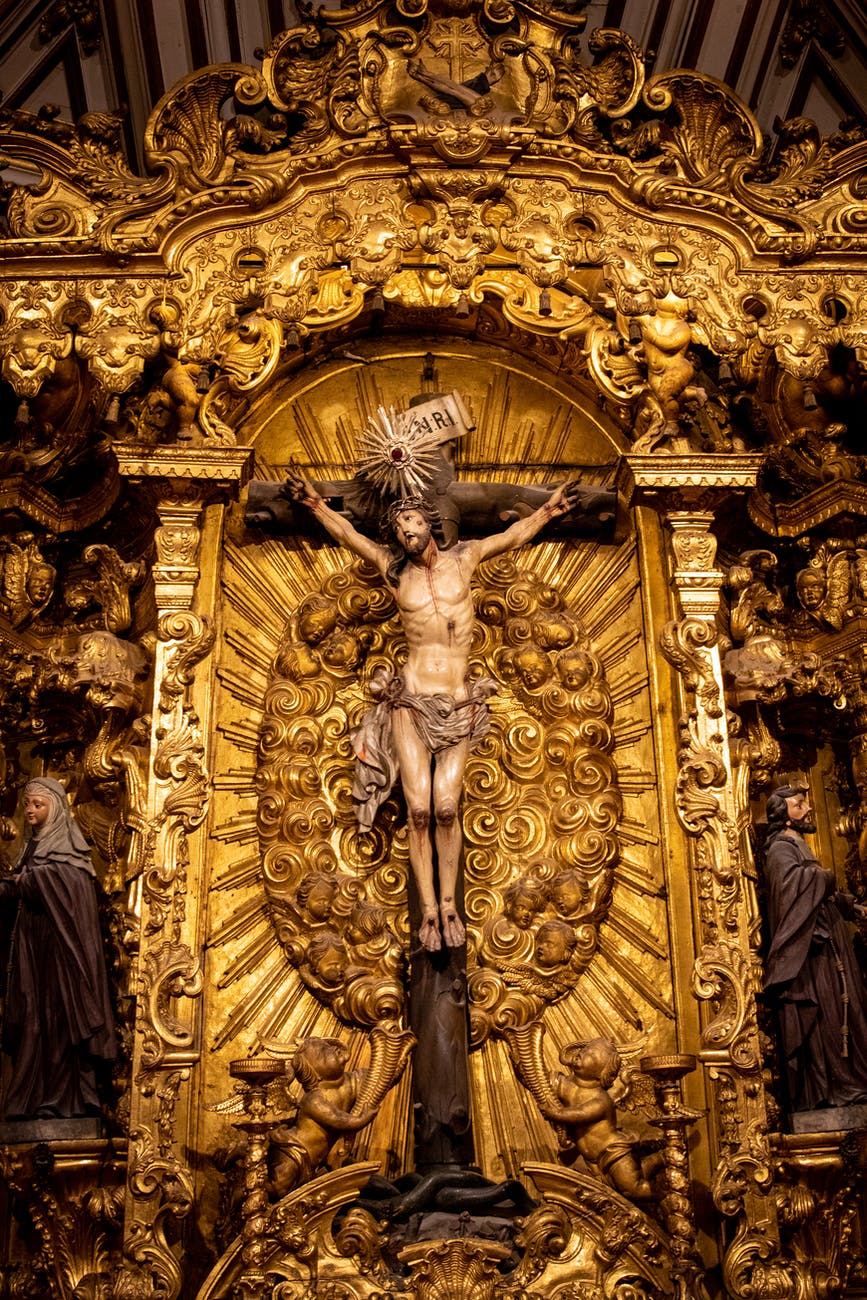 Holy Saturday commemorates the day that Jesus Christ lay in the tomb after his death on the Cross. It is the day after Good Friday and the day before Easter Sunday. Today is a day of remembrance. A day of remembering that there is no victory without experiencing the cross first. A time of hope, reflection and preparation for victory.

This is the event that changed the course of humanity; and it is now upon us…
Here are 9 Best Bible Verses (Passages) for Holy Saturday:

“As evening approached, there came a rich man from Arimathea, named Joseph, who had himself become a disciple of Jesus.  Going to Pilate, he asked for Jesus’ body, and Pilate ordered that it be given to him.  Joseph took the body, wrapped it in a clean linen cloth, and placed it in his own new tomb that he had cut out of the rock. He rolled a big stone in front of the entrance to the tomb and went away.  Mary Magdalene and the other Mary were sitting there opposite the tomb.

The next day, the one after Preparation Day, the chief priests and the Pharisees went to Pilate.  ‘Sir,’ they said, ‘we remember that while He was still alive that deceiver said, ‘After three days I will rise again.’  So give the order for the tomb to be made secure until the third day. Otherwise, His disciples may come and steal the body and tell the people that He has been raised from the dead. This last deception will be worse than the first.’

‘Take a guard,’ Pilate answered. ‘Go, make the tomb as secure as you know how.’  So they went and made the tomb secure by putting a seal on the stone and posting the guard” –Matthew 27:57-66.

“Later, Joseph of Arimathea asked Pilate for the body of Jesus. Now Joseph was a disciple of Jesus, but secretly because he feared the Jewish leaders. With Pilate’s permission, he came and took the body away. He was accompanied by Nicodemus, the man who earlier had visited Jesus at night. Nicodemus brought a mixture of myrrh and aloes, about seventy-five pounds.  Taking Jesus’ body, the two of them wrapped it, with the spices, in strips of linen. This was in accordance with Jewish burial customs.  At the place where Jesus was crucified, there was a garden, and in the garden a new tomb, in which no one had ever been laid.  Because it was the Jewish day of Preparation and since the tomb was nearby, they laid Jesus there” –John 19:38-42.

“Therefore, since Christ suffered in His body, arm yourselves also with the same attitude, because whoever suffers in the body is done with sin.  As a result, they do not live the rest of their earthly lives for evil human desires, but rather for the will of God.  For you have spent enough time in the past doing what pagans choose to do—living in debauchery, lust, drunkenness, orgies, carousing and detestable idolatry.  They are surprised that you do not join them in their reckless, wild living, and they heap abuse on you.  But they will have to give account to Him who is ready to judge the living and the dead.  For this is the reason the gospel was preached even to those who are now dead, so that they might be judged according to human standards in regard to the body, but live according to God in regard to the spirit.

The end of all things is near. Therefore be alert and of sober mind so that you may pray.  Above all, love each other deeply, because love covers over a multitude of sins” 1 Peter 4:1-8.

“Mortals, born of woman, are of few days and full of trouble. They spring up like flowers and wither away; like fleeting shadows, they do not endure. Do you fix your eye on them? Will you bring them before you for judgment? Who can bring what is pure from the impure? No one! A person’s days are determined; You have decreed the number of his months and have set limits he cannot exceed. So look away from him and let him alone, till he has put in his time like a hired laborer.’

‘At least there is hope for a tree: If it is cut down, it will sprout again, and its new shoots will not fail. Its roots may grow old in the ground and its stump die in the soil, yet at the scent of water it will bud and put forth shoots like a plant. But a man dies and is laid low; he breathes his last and is no more. As the water of a lake dries up or a riverbed becomes parched and dry, so he lies down and does not rise; till the heavens are no more, people will not awake or be roused from their sleep.’

‘If only You would hide me in the grave and conceal me till Your anger has passed! If only You would set me a time and then remember me! If someone dies, will they live again? All the days of my hard service I will wait for my renewal to come'” -Job 14:1-14.

“In you, Lord, I have taken refuge; let me never be put to shame; deliver me in Your righteousness. Turn Your ear to me, come quickly to my rescue;
be my Rock of Refuge, a strong fortress to save me. Since You are my rock and my fortress, for the sake of Your Name lead and guide me. Keep me free from the trap that is set for me, for You are my Refuge” –Psalm 31:1-4.

“My times are in Your hands; deliver me from the hands of my enemies, from those who pursue me. Let Your face shine on your servant; save me in Your unfailing love” –Psalm 31:15-16.

“I am the man who has seen affliction by the rod of the Lord’s wrath. He has driven me away and made me walk in darkness rather than light; indeed, He has turned His hand against me again and again, all day long. He has made my skin and my flesh grow old and has broken my bones. He has besieged me and surrounded me with bitterness and hardship. He has made me dwell in darkness like those long dead. He has walled me in so I cannot escape; He has weighed me down with chains. Even when I call out or cry for help, He shuts out my prayer. He has barred my way with blocks of stone; He has made my paths crooked” -Lamentations 3:1-9.

“I remember my affliction and my wandering, the bitterness and the gall. I well remember them, and my soul is downcast within me. Yet this I call to mind and therefore I have hope: Because of the Lord’s great love we are not consumed, for his compassions never fail. They are new every morning; great is Your faithfulness. I say to myself, ‘The Lord is my portion; therefore I will wait for him'” -Lamentations 3:19-34.

“For God so loved the world that He gave His One and only Son, that whoever believes in Him shall not perish but have eternal life” –John 3:16.