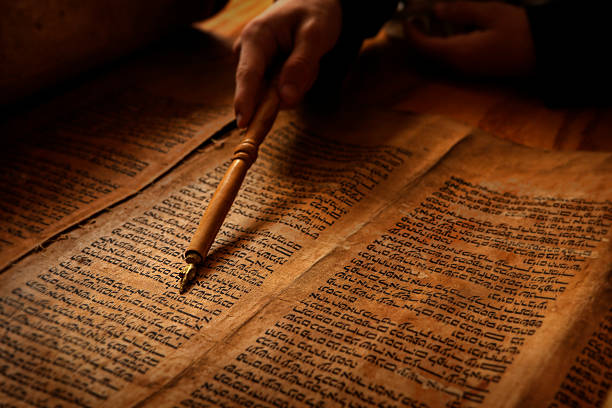 Why Did God Kill in the Old Testament

Many people avoid reading the Old Testament (OT) because, well, the New Testament (NT) seems so much nicer, doesn’t it? From the onset, yes, that would appear to be the case; but as with any good story – especially the true story of our biblical history – we need the full story for it to make sense, not parts of it.

When one studies the Old Testament, Christian history and the why’s of God start to make sense. It is through these very Scriptures wherein answers are found with clarity and purpose.

There is an overarching theme that happens in OT events – events that help to usher in the coming of the Messiah, Jesus Christ. And the nation of Israel was critical in this coming of Christ. In other words, when one reads the Old Testament in the interpretive light of the Messiah and Israeli narrative, the OT forms a much larger and more important picture than what initially “meets the eye” … the coming of the Savior of the world and salvific mission.

God is the Judge

One thing that is vital in understanding why God supported killing in the OT is that at that time, Israel was a theocracy – a nation ruled directly and only by God. Thus, its law was much different than our modern-day governing today. Stated simply, God was the King of Israel and therefore its Judge.

So when God supported killing in those ancient days, we should view it more as capital punishment for grave crimes committed against Him as well as for the protection of Israel. Just like a Judge in the court of Law doesn’t willingly bring affliction against the accused, so God does not willingly bring affliction or grief to anyone either (see Lam. 3:33). Rather, depending on the crime (sin), a just Judge will and must bring hardship to correct and protect. That is true justice.

An example of this happened during the time of the Canaanites. Israel was commanded to conquer the land in order to protect ‘the seed’ (see Gen. 3:15) which carried with it the promise of the future hope and lineage of the Messiah, Jesus Christ.

From the beginning it was divinely determined that the salvation of humanity was to come through Israel’s lineage. Therefore, if the Canaanites continued in their immoral practices, there was a high probability that they would have raised up generations of Canaanites to conquer and eventually exterminate (some through syncretistic worship, which is combining different beliefs by blending practices of various schools of thought) the nation of Israel – protector of the seed. If not conquered, the Canaanites would have at least tried to exterminate every last Jew – similar to what Hitler tried to do in World War II.

Let’s continue putting this scenario in a more modern context. During World War II, Winston Churchill declared that the war was for the “survival of Christian civilization.” At the time, this very way of existence was being threatened globally. Thus, a decision was made to end the madness of bombing civilian population centers, including the devastating nuclear bombings of Hiroshima and Nagasaki.

To this end, was it fair that Churchill dropped a nuclear bomb, killing both children and adults? Most Americans feel these were necessary acts to preserve our very way of life. Thousands of years from now however, without properly understanding the historical context, what will people think of this act? We often do the same thing with the OT killings. Thousands of years later, we question God’s goodness in ordering such acts. But when examining the Biblical meta-narrative, we see God working in history to cause the fulfillment of the coming Messiah and protecting the root of faith for all time.

We must never lose sight of the fact that God hates sin. The first of the Ten Commandments is idolatry, and the Canaanites were infamous for this particular sin. Canaanites were polytheists, and their idolatrous practices included amongst other things incest, adultery, child sacrifice, bestiality, etc. It should be noted here that the sin of idolatry is one act that God has shown little patience with and promises to judge it with due justice.

Scary enough, this sin has seemingly been lost on us today. Today’s version of idolatry is much more subtle. For example, people may not be bowing down to literal golden calves but figuratively, many certainly do! They love money more than anything else and give their lives to the pursuit of it. These actions show that money has become their passion – their number one priority.

One of the main reasons God hates idolatry is that to worship something (meaning anything you devote your whole heart to) made from fallen, human hands is worthless … ‘and if you follow after what is worthless, you yourself will become worthless’ (see Jer. 2:5).

God is sovereign, and being all-Holy, cannot tolerate sin. In the Canaanite’s case, the Lord was moved to destroy everything (even the cattle because they were used for bestiality practices) and, as Creator, has ever right to do so. Today’s society doesn’t like to hear that though because sin is minimized (if not openly perpetuated) throughout the cultures … as well as God’s supremacy.

God’s standard is holiness – always has been, always will be. With this in mind, we need to begin understanding Old Testament Scripture in light of what this means. The Canaanite war was the only time in history that God ordered a destruction of this scale. He did so not only to clear the land and make it holy for Israel, but to protect the divine seed.

As stated above, we tend to forget in the twenty-first century that sin in all its various forms has very serious consequences – but it has always been this way. The Lord predicted in Abraham’s day that his descendants would claim the land when “the sin of the Amorites” (Canaanites were their direct descendants) reached its “full measure” (Gen. 15:16b). This “full measure” of sin was attained by the Canaanites in the generation leading to the Jewish conquest. If God would have allowed those children to live, it is likely they would have carried on the generational sin of their parents with total destruction – commonly known as “blood retribution.”

Such unrest and hostility would surely have persisted throughout the nation’s history. So what appears to have been genocide was actually the way wars were typically prosecuted.

In the end, God used Canaanite sin to teach Israel obedience. He also demonstrated grace in that sin by ultimately showing mankind the need for a redeemer – Jesus Christ. Think of it this way: had the nation of Israel not survived in that ancient barbaric civilization, Jesus would not have been born. This understanding alone should make reading the OT fascinating. Within every chapter lies the answers to the whys; a historic story of God’s divine providence sovereignly at work while still miraculously allowing the free-will of humanity.

Not only has our loving God done all this throughout history, He continues to do it in our lives today. Beauty for ashes! God cries out to us. Knowing this, knowing that we serve an all-knowing, all-loving and all-merciful God should bring great comfort to us. Yes, He is all just and, yes, He will not tolerate sin; but our God is a loving, compassionate God that is quick to forgive when we repent of our failings. We should find a similar comfort in knowing that God is ultimately in control of all things. Putting your trust in Him is indeed the ultimate safeguard through this life and into the next one. O Jesus, Thank You!

0 comments on “Why Did God Kill in the Old Testament?”