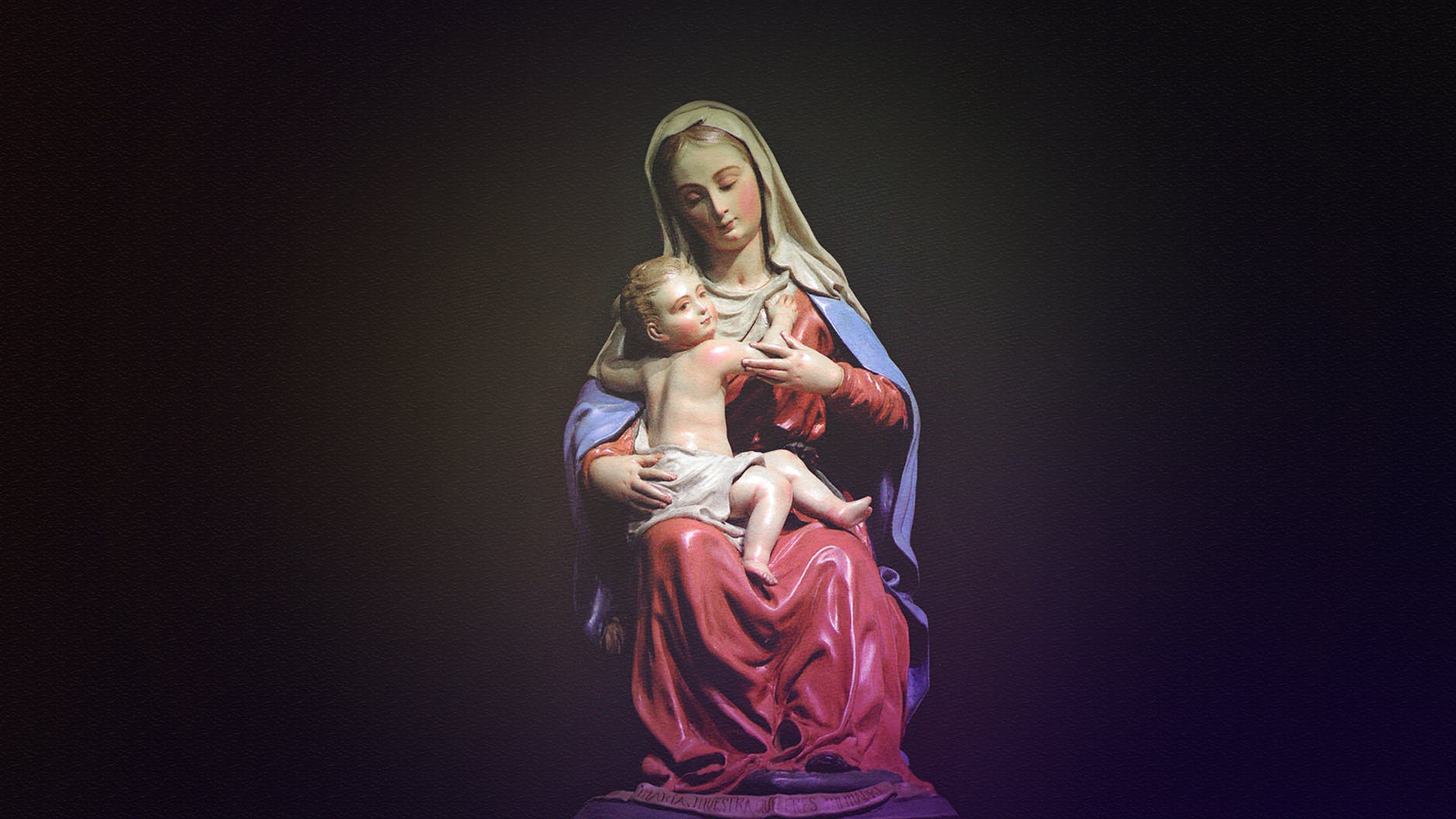 From the Eyes of Jesus and Mother Mary: Happy Mother’s Day–By Dean Marini

He was convicted of crimes He did not commit. His trial, a mockery of justice. And now, Jesus was being subjected to the most brutal form of capital punishment the government knew. As His life was slipping away, He looked past the faces of guards and executioners and locked on to a set of loving eyes He knew so well…

They were the first eyes He had ever seen. The eyes He looked at from His makeshift crib the night He was born. The tender eyes of a young mother glancing back at him, her firstborn son. As she guarded her newborn baby from the cold night air, she lovingly comforted Him as only a mother could.

These were the same eyes that looked for Him desperately when He was lost in Jerusalem. Only a mother can know that sense of fear when unable to find her child. As she and her husband, Joseph, rushed back to find their boy, the young child would have seen her panic-stricken expression of concern, anger, relief and immovable love. Love that only a mother’s eyes can hold.

He looked into this same set of supportive eyes as His mother would ask Him to do something for her…even when He wasn’t so sure. His Mother, who had guided Him as a boy, gaining Him favor with both God and men and so confident in her Son’s abilities, would tell the servants at the wedding of Cana to “do whatever He tells you to do” (John 2:5). And, Jesus would display His love and respect for her by granting her every request.

Mother Mary had the eyes of a doting mother, wanting only the absolute best for her beloved Son. Even when she couldn’t possibly understand it all, her heart trusted in Him and His purpose — similar to our mother’s today. Even when they don’t understand their children, they are unable to withhold love and support.

And now, her beloved Son Jesus was in tremendous agony. Looking down from the cross, He saw the eyes of His widowed mother. In spite of the embarrassment and humiliation He had gone through, she was there. While the strength was fading from His body, the love He had for her was strong in His heart. He looked at her (and His beloved disciple John) and, in a weakened voice, told them to care for one another (John 19:26-27).

Through the invaluable role of Mother Mary, and Christ’s making sure she would always be taken care of, God had proven that mothers would always have a very special role in the Kingdom.

Mary wasn’t a supernatural being. She was a mother who loved her Son. She had been visited by angels, chosen to be the Mother of our Messiah, and yet still carried with her all the normal hopes and dreams all mothers do.

There is a song that asks if Mary knew all the things that would come with being the mother of Jesus. Even if she did, it’s evident that divine wisdom wouldn’t relieve her from feelings of concern, sympathy and hurt — like all mother’s have.

When we reflect upon Jesus hanging from the cross, we realize it was necessary for the forgiveness of sin. And, Mother Mary may have known that too. But in that moment, all she saw was her Son. Her little boy Jesus.

To all the loving, caring and sacrificial mothers out there reading this…
Happy Mother’s Day! May God bless you!

0 comments on “From the Eyes of Jesus and Mother Mary: Happy Mother’s Day”