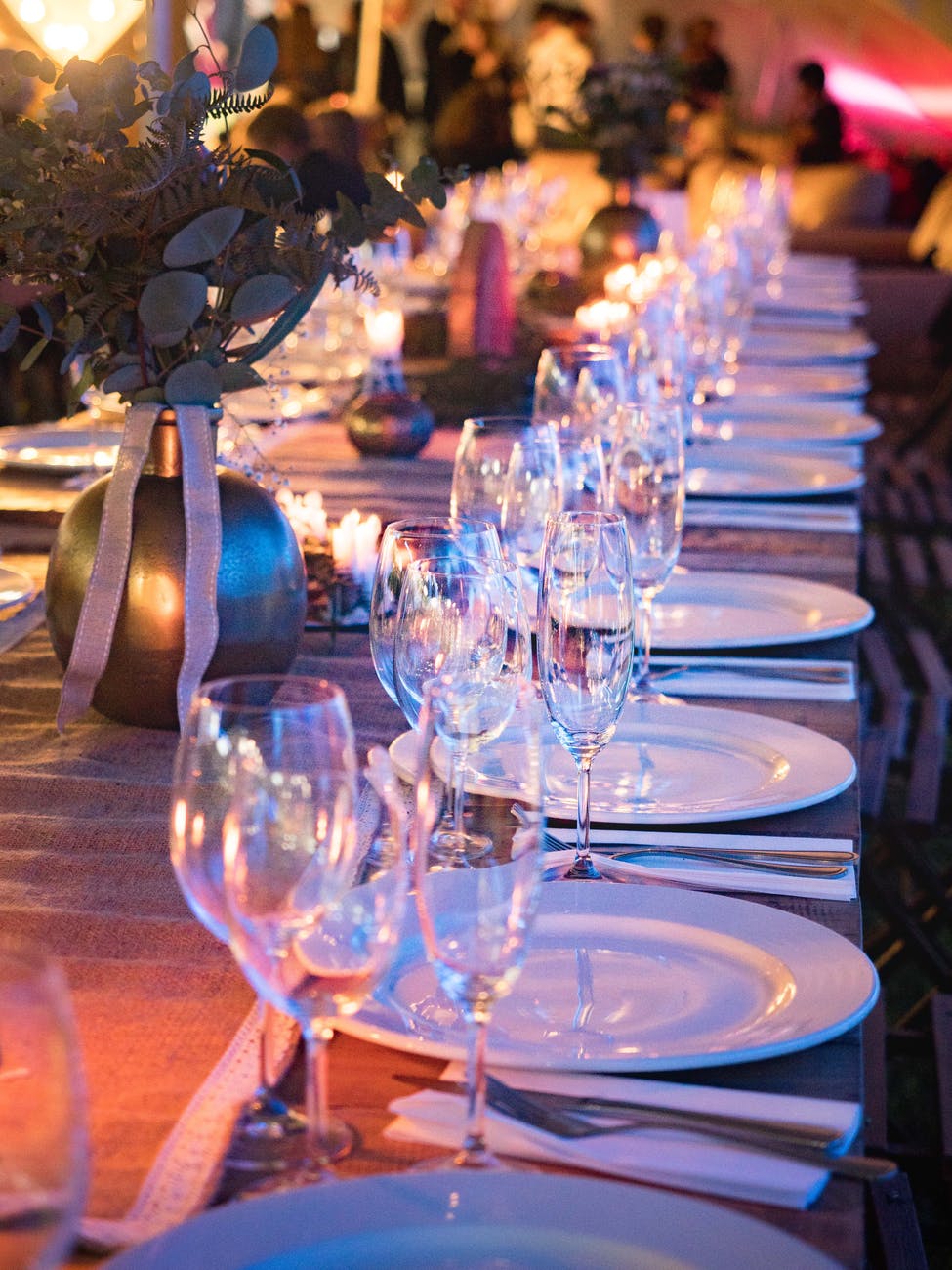 The Parable of the Wedding Banquet

22 “Jesus spoke to them again in parables, saying: 2 ‘The Kingdom of Heaven is like a king who prepared a wedding banquet for his son. 3 He sent his servants to those who had been invited to the banquet to tell them to come, but they refused to come.

4 Then he sent some more servants and said, ‘Tell those who have been invited that I have prepared my dinner: My oxen and fattened cattle have been butchered, and everything is ready. Come to the wedding banquet.’

5 But they paid no attention and went off—one to his field, another to his business. 6 The rest seized his servants, mistreated them and killed them. 7 The king was enraged. He sent his army and destroyed those murderers and burned their city.

8 Then he said to his servants, ‘The wedding banquet is ready, but those I invited did not deserve to come. 9 So go to the street corners and invite to the banquet anyone you find.’ 10 So the servants went out into the streets and gathered all the people they could find, the good as well as the bad, and the wedding hall was filled with guests.

11 But when the king came in to see the guests, he noticed a man there who was not wearing wedding clothes. 12 He asked, ‘How did you get in here without wedding clothes, friend?’ The man was speechless.

13 Then the king told the attendants, ‘Tie him hand and foot, and throw him outside, into the darkness, where there will be weeping and gnashing of teeth.’ 14 For… many are invited, but few are chosen” –Matthew 22:1-14.

In order to best understand this particular parable, we must first understand the meaning behind some of its terminology. Let’s begin with the wedding feast:

The ‘servants’ (Matthew 22:3-4) are most likely referring to Christian missionaries (*see also Matthew 23:34).

The ‘wedding guest‘ who was not in proper wedding attire (Matt. 22:12) represents perhaps those of us who have not given a total “yes” to Christ–to a vocation of pursuing holiness–and, therefore, are not yet prepared to participate in the wedding feast (Matt 22:13).

The ‘wedding garment’ is symbolic of repentance (having a change of heart and mind) as a condition for entrance into the Kingdom (Matt. 3:2; 4:17).

The ‘burning of the city of the guests who refused the king’s invitation‘ (Matt. 22:7) corresponds to the destruction of Jerusalem by the Romans in A.D. 70. Many Israelites refused Christ’s invitation to follow Him and enter into the Kingdom of God.

The subsequent invitation, to ‘anyone you find’ (Matt 22:9), was now extended to a new group of people (the Gentiles; you and me) who were being graciously invited into a privileged situation — one in which the others (the Israelites) had now proved themselves ‘unworthy’ (Matt 22:8-10).

In this parable, ‘the Kingdom’ is presented as something that is already present (something that can be entered in the ‘here and now’), as well as something to be possessed later by present members who can stand the scrutiny of final judgement. This isn’t meant to be taken as a statement of God’s judgment on Israel only, but a warning to us all.

The Parable of the Wedding Feast is a wonderful illustration of the blissful joy experienced by someone fully united to Jesus. In the Bible, the ‘Kingdom of Heaven‘ is described as the ‘marriage supper of the Lamb’ (Revelation 19:9). Christ, the Son, is the ‘Bridegroom‘ betrothed (bound) to His Church (Matthew 9:15; Ephesians 5:25-27). This imagery of a ‘wedding feast’ conjures all sorts of thoughts and emotions of happiness, fun, and festivity.

Today, we can rejoice (respectively) in the fact that, because others had once declined the divine invite, we have all been invited to the greatest festivity of all — the wedding feast of Christ! This is wonderful news, and one of the many great reasons we praise Him every day of our lives. What grace! What mercy!

Stay close to your Heavenly Father who loves you, be eager to grow in virtue… and Welcome to the party! May God continue to bless you~

0 comments on “Bible Study: Parable of the Wedding Feast–Matthew 22”