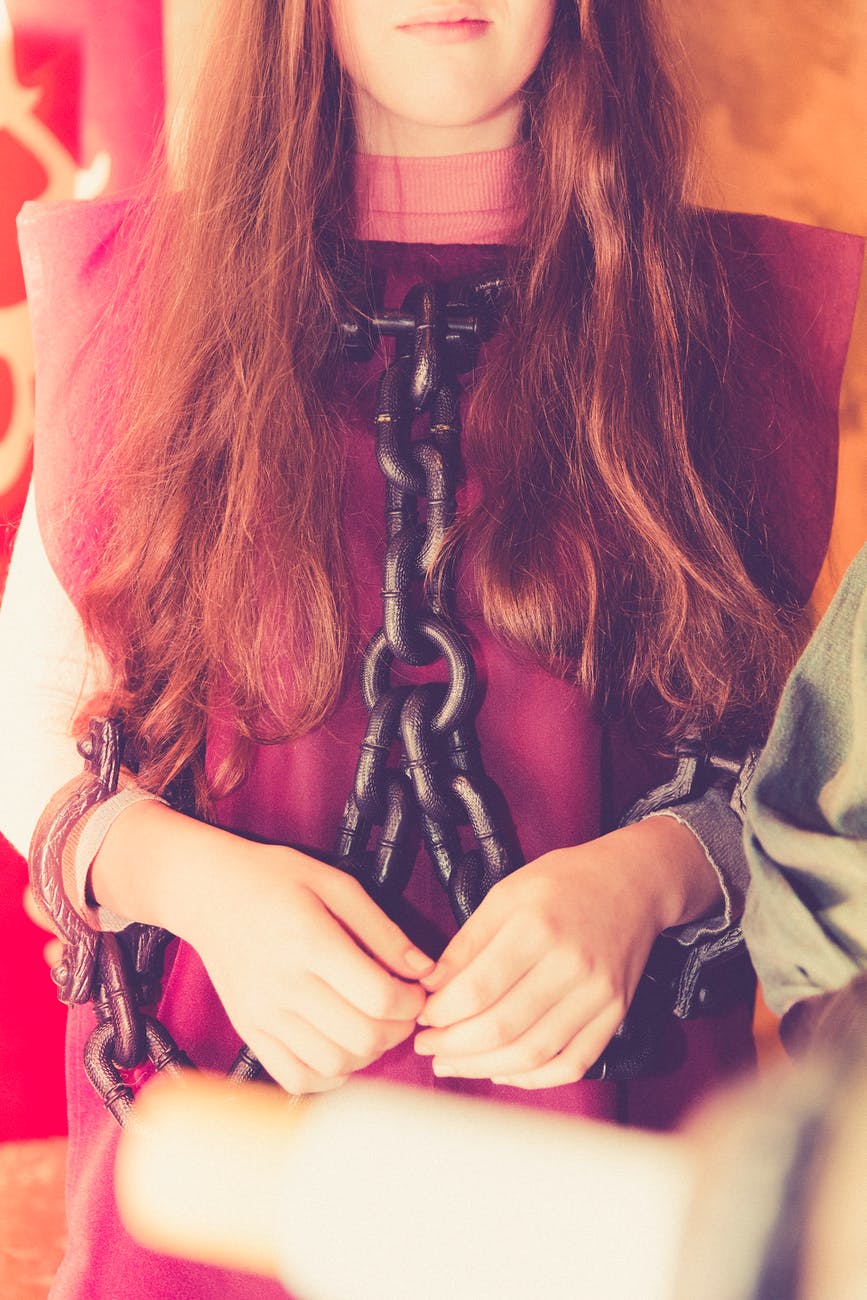 21 Then Peter approaching asked Him, “Lord, if my brother sins against me, how often must I forgive him? As many as seven times?” 22 Jesus answered, “I say to you, not seven times but seventy-seven times. 23 That is why the Kingdom of Heaven may be likened to a king who decided to settle accounts with his servants. 24 [Parable] When he began the accounting, a debtor was brought before him who owed him a huge amount. 25 Since he had no way of paying it back, his master ordered him to be sold, along with his wife, his children, and all his property, in payment of the debt. 26 At that, the servant fell down, did him homage, and said, ‘Be patient with me, and I will pay you back in full.’ 27 Moved with compassion the master of that servant let him go and forgave him the loan.

28 When that servant had left, he found one of his fellow servants who owed him a much smaller amount. He seized him and started to choke him, demanding, ‘Pay back what you owe.’ 29 Falling to his knees, his fellow servant begged him, ‘Be patient with me, and I will pay you back.’ 30 But he refused. Instead, he had him put in prison until he paid back the debt. 31 Now when his fellow servants saw what had happened, they were deeply disturbed, and went to their master and reported the whole affair. 32 His master summoned him and said to him, ‘You wicked servant! I forgave you your entire debt because you begged me to. 33 Should you not have had pity on your fellow servant, as I had pity on you?’ 34 Then in anger his master handed him over to the torturers until he should pay back the whole debt. [end of Parable] 35 [Jesus continued] So will my Heavenly Father do to you, unless each of you forgives his brother from his heart.”

For reflection: In Scripture, the number seven represents ‘totality and completeness’. Therefore, Jesus’ exhortation to forgive “seventy-seven times” means that we are to forgive our transgressors an unlimited amount of time. Just as we are forgiven by God. In addition, the Church teaches that our Heavenly Father’s forgiveness, freely and already given, can be withdrawn from the unforgiving at final judgment (see also Matthew 7:2).

Forgiveness is readily available to anyone who has remorse for his or her sins and has the intention of amending them. The forgiveness of our personal sins is also contingent on our willingness to, as Jesus instructed, forgive those who’ve offended us. The parable of the unforgiving servant is a great example of Christ’s forgiveness, mercy and justice. Virtues we are all called to emulate. Simply put, the mercy we’ve received (and continue to receive) must be extended to others in return.

Although it is difficult to forgive, forgiveness and prayer for an offender opens the way for supernatural blessing and graces in life. Not to mention, it will set you free!

In lieu of Jesus’ teaching on how to pray, let us pray without ceasing, “Lord, please forgive us our debts, as we in turn forgive all our debtors…” -adapted from Matthew 6:12. Amen.

Happy forgiving – and may God richly bless you!

0 comments on “Bible Study: Why Forgiveness Matters–The Parable of the Unforgiving Servant”