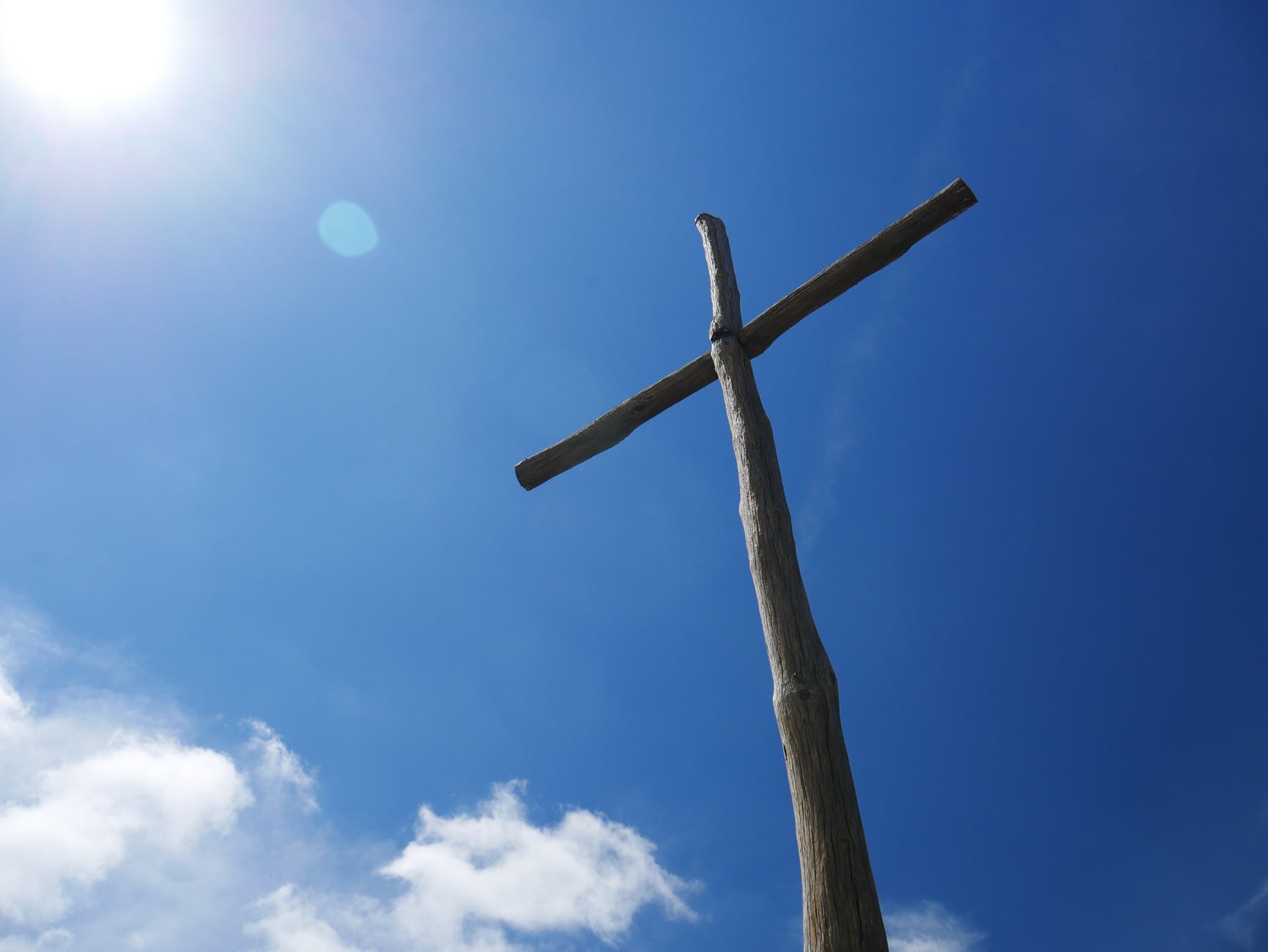 Christos Anesti! … Alithos Anesti! (Greek Translation: Christ is Risen! … Truly He is risen!). The cross is bare. The tomb is empty. The grave is conquered. Salvation secured. This is the day that changed the course of humanity forever! Jesus Christ has risen indeed! This is a time of rejoicing; a time of reflection and rebirth. This is the day Jesus rose from the dead…bringing eternal life to all believers for all time. Happy Easter!

Here are 19 of the most powerful Bible Verses surrounding the resurrection and ascension into Heaven of our Lord Jesus Christ. Read them, meditate on them and enjoy them:

“He then began to teach them that the Son of Man must suffer many things and be rejected by the elders, the chief priests and the teachers of the law, and that He must be killed and after three days [He will] rise again” –Mark 8:31.

“Jesus said to her, “I am the resurrection and the life.  The one who believes in Me will live, even though they die; and whoever lives by believing in Me will never die. Do you believe this?” –John 11:25-26

“Jesus replied, ‘The hour has come for the Son of Man to be glorified. Very truly I tell you, unless a kernel of wheat falls to the ground and dies, it remains only a single seed. But if it dies, it produces many seeds.  Anyone who loves their life will lose it, while anyone who hates their life in this world will keep it for eternal life'” –John 12:23-25.

“On the first day of the week, very early in the morning, the women took the spices they had prepared and went to the tomb. They found the stone rolled away from the tomb, but when they entered, they did not find the body of the Lord Jesus. While they were wondering about this, suddenly two men in clothes that gleamed like lightning stood beside them. In their fright the women bowed down with their faces to the ground, but the men said to them, ‘Why do you look for the living among the dead?  He is not here; He has risen! Remember how He told you while He was still with you in Galilee: ‘The Son of Man must be delivered over to the hands of sinners, be crucified, and on the third day be raised again.’  Then they remembered His words.

When they came back from the tomb, they told all these things to the Eleven and to all the others.  It was Mary Magdalene, Joanna, Mary the mother of James, and the others with them who told this to the apostles. But they [the disciples] did not believe the women, because their [the women’s] words seemed to them like nonsense.  Peter, however, got up and ran to the tomb. Bending over, he saw the strips of linen lying by themselves, and he went away, wondering to himself what had happened” —Luke 24:1-12.

“When the Sabbath was over, Mary Magdalene, Mary the mother of James, and Salome bought spices so that they might go to anoint Jesus’ body. Very early on the first day of the week, just after sunrise, they were on their way to the tomb and they asked each other, ‘Who will roll the stone away from the entrance of the tomb?’ But when they looked up, they saw that the stone, which was very large, had [already] been rolled away.

As they entered the tomb, they saw a young man dressed in a white robe sitting on the right side, and they were alarmed. ‘Don’t be alarmed,’ he said. ‘You are looking for Jesus the Nazarene, Who was crucified. He has risen! He is not here. See the place where they laid Him. But go, tell His disciples and Peter, ‘He is going ahead of you into Galilee’. There you will see Him, just as He told you’” –Mark 16:1-7.

“Trembling and bewildered, the women went out and fled from the tomb. They said nothing to anyone, because they were afraid. When Jesus rose early on the first day of the week, He appeared first to Mary Magdalene, out of whom He had driven seven demons.  She went and told those who had been with Him and who were mourning and weeping. When they heard that Jesus was alive and that she had seen Him, they did not believe it. Afterward, Jesus appeared in a different form to two of them while they were walking in the country.  These returned and reported it to the rest; but they did not believe them either. Later Jesus appeared to the Eleven as they were eating; He rebuked them for their lack of faith and their stubborn refusal to believe those who had seen Him after He had risen. He said to them, ‘Go into all the world and preach the Gospel to all creation. Whoever believes and is baptized will be saved, but whoever does not believe will be condemned‘” -Mark 16:8-16.

[See also: John 20:16-18, “Jesus said to her, ‘Mary.’ She turned toward Him and cried out in Aramaic, ‘Rabboni!’ (which means ‘Teacher’). Jesus said, “Do not hold on to Me, for I have not yet ascended to the Father. Go instead to My brothers and tell them [that] I am ascending to My Father and your Father, to My God and your God.’ Mary Magdalene went to the disciples with the news: ‘I have seen the Lord!’ And she told them that He had said these things to her.”

[See also: Matthew 28:18-20,”Then Jesus came to them and said, ‘All authority in Heaven and on earth has been given to Me. Therefore go and make disciples of all nations, baptizing them in the Name of the Father and of the Son and of the Holy Spirit, and teaching them to obey everything I have commanded you. And surely I am with you always, to the very end of the age.'”]

In my former book, Theophilus, I wrote about all that Jesus began to do and to teach until the day He was taken up to Heaven, after giving instructions through the Holy Spirit to the apostles He had chosen.  After His suffering, He presented Himself to them and gave many convincing proofs that He was alive. He appeared to them over a period of forty days and spoke about the Kingdom of God.  On one occasion, while He was eating with them, He gave them this command: ‘Do not leave Jerusalem, but wait for the gift my Father promised, which you have heard Me speak about. For John baptized with water, but in a few days you will be baptized with the Holy Spirit.’ Then they gathered around Him and asked Him, ‘Lord, are You at this time going to restore the Kingdom to Israel?’ He said to them: ‘It is not for you to know the times or dates the Father has set by His own authority. But you will receive power when the Holy Spirit comes on you; and you will be My witnesses in Jerusalem, and in all Judea and Samaria, and to the ends of the earth.’

They were looking intently up into the sky as He was going, when suddenly two men dressed in white stood beside them.  ‘Men of Galilee,’ they said, ‘why do you stand here looking into the sky? This same Jesus, Who has been taken from you into Heaven, will come back in the same way you have seen Him go into Heaven’” –Acts 1:1-11.

“After the Lord Jesus had spoken to them, He was taken up into Heaven and He sat at the right hand of God.  Then the disciples went out and preached everywhere, and the Lord worked with them and confirmed His Word by the signs that accompanied it” –Mark 16:19-20.

“He exerted when He raised Christ from the dead and seated Him at His right hand in the Heavenly realms” –Ephesians 1:20.

“You killed the Author of life, but God raised Him from the dead. We are witnesses of this” –Acts 3:15.

“After they prayed, the place where they were meeting was shaken. And they were all filled with the Holy Spirit and spoke the Word of God boldly. All the believers were one in heart and mind. No one claimed that any of their possessions was their own, but they shared everything they had.  With great power the apostles continued to testify to the resurrection of the Lord Jesus. And God’s grace was so powerfully at work in them all that there were no needy persons among them; for from time to time those who owned land or houses sold them, brought the money from the sales and put it at the apostles’ feet, and it was distributed to anyone who had need” –Acts 4:31-35.

“Praise be to the God and Father of our Lord Jesus Christ!  In His great mercy He has given us new birth into a living hope through the resurrection of Jesus Christ from the dead” –I Peter 1:3.

“Now if we died with Christ, we believe that we will also live with Him. For we know that since Christ was raised from the dead, He cannot die again; death no longer has mastery over Him. The death He died, He died to sin once [and] for all; but the life He lives, He lives to God. In the same way, count yourselves dead to sin but alive to God in Christ Jesus” –Romans 6:8-11.

“Who then is the one who condemns? No one. Christ Jesus Who died—more than that, Who was raised to life—is at the right hand of God and is also interceding for us” –Romans 8:34.

“For He has rescued us from the dominion of darkness and brought us into the Kingdom of the Son He loves, in Whom we have redemption, the forgiveness of sins” –Colossians 1:13-14.

“Therefore, if anyone is in Christ, the new creation has come: The old has gone, the new is here!” –2 Corinthians 5:17

“For God so loved the world that He gave His One and only Son, that whoever believes in Him shall not perish but have eternal life” –John 3:16.

You are loved. You are forgiven. You are redeemed! God bless you!

0 comments on “19 Most Powerful Bible Verses for Easter Sunday: The Story of the Resurrection and Ascension”